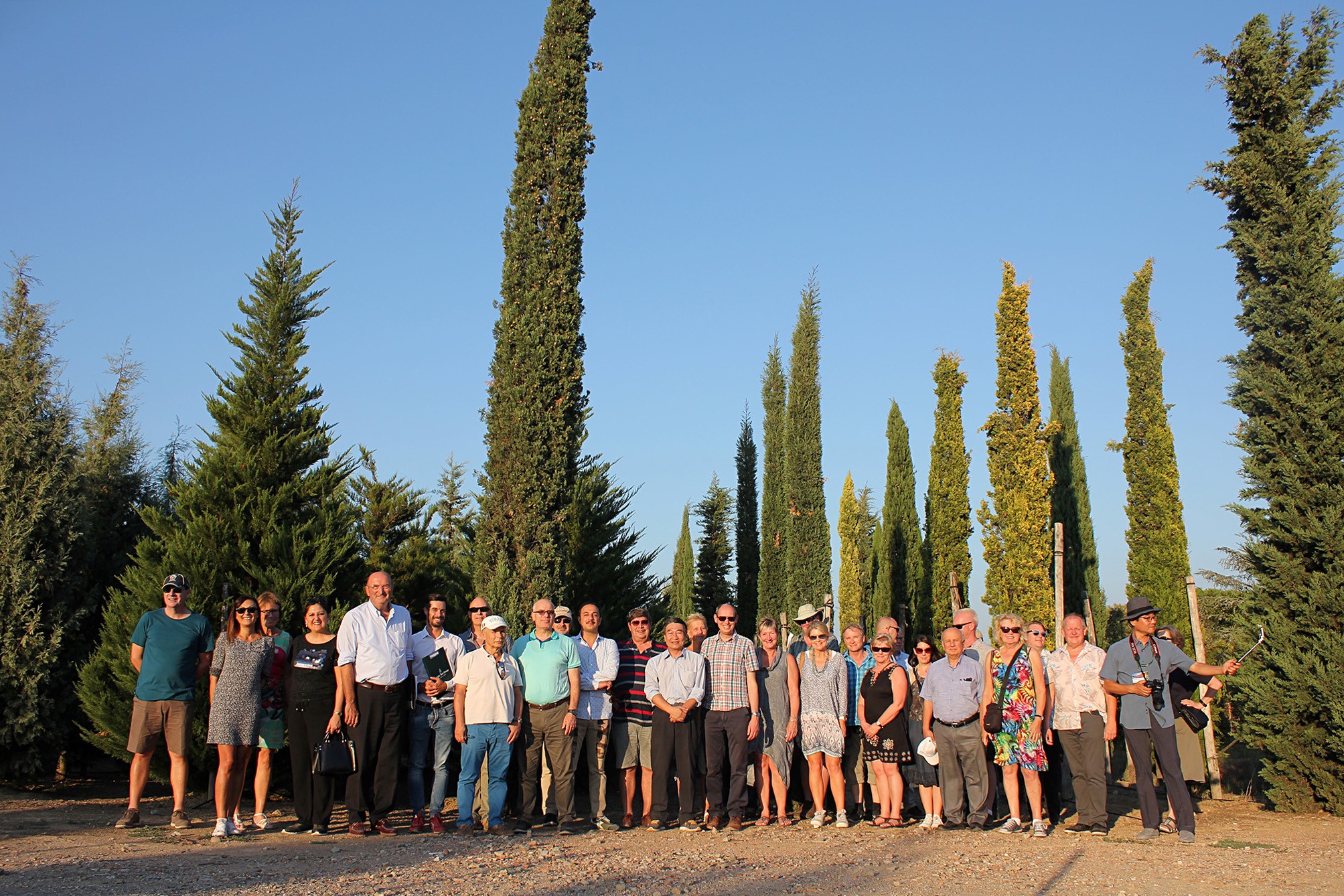 At the end of September, the Giorgio Tesi Group, the European nursery-company leader in ornamental-plant production, received a visit from delegates of the AIPH (International Association of Horticultural Producers). Coming from the five continents, they had expressly requested professional visits be organized at representative companies in Pistoia and Pescia, and to verify the productive capacities and the nursery tradition of Europe’s largest district. The visit was included in the delegates’ program of events for the 70th AIPH Conference, a unique event for Italy and one of great technical value and high-level institutional profile, which took place in September at FLORMART in Padua.

The contribution by the National Association of Exporting Nurseries (ANVE) – the AIPH member for Italy since October 2015 – was crucial in organizing the visits.

The delegates were welcomed to the Giorgio Tesi Group nursery in Quarrata by Prof. Carlo Vezzosi, agronomist and president of the non-profit Fondazione Giorgio Tesi, in addition to some of the company's sales managers. They were shown the Cupressus Arboretum that collects not only cupressus species found around the world, but also some selected varieties resistant to the fungus "Seridium Cardinale", commonly known as "cypress canker”, plus the main varieties of Cupressus grown in Europe. This unique collection of cypress species and varieties was created thanks to a partnership with the CNR’s Institute for Sustainable Plant Protection in Florence.

Afterward, the delegation visited the company nursery where roses are grown, a Tesi specialty, a labor of love and of over thirty years experience. It was then welcomed by Fabrizio Tesi, Giorgio Tesi Group’s Legal Representative, and Marco Cappellini, the Managing Director, in the headquarters on Via di Badia. The delegation was then shown Pistoia’s typical production as well as the Pistoia office’s showpiece, the logistics hub that guarantees daily connections with the group’s four branches in the rest of Italy, and "The Garden of the Mind", the installation conceived by the artist Michele Fabbricatore. The visit ended with a dinner at the company that, in addition to being enjoyable, was also an opportunity to deal with current nursery issues with industry representatives from around the world.