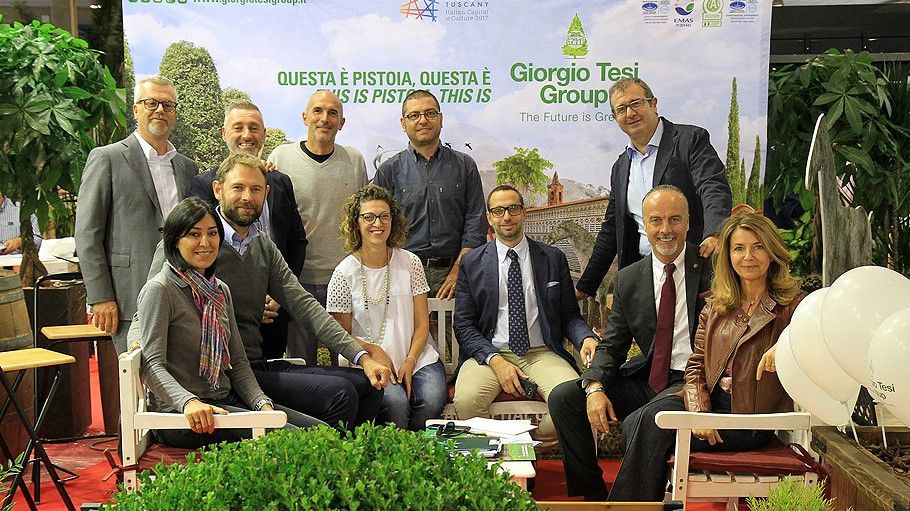 Giorgio Tesi Group is satisfied with its participation.

Pistoia - The 68th edition of FLORMART, the International Nursery-gardening Show, held from 21 to 23 September at the Fair of Padova, recorded excellent results. 7 pavilions, 316 exhibitors representing 18 Italian regions, 45 foreign companies coming from 15 Countries (together in a sole pavilion), 66 international buyers and more than double of last year’s visitors.

Giorgio Tesi Group participated with a 56 sqm stand inside pavilion 5 dedicated to the companies associated to ANVE, Associazione Nazionale Vivaisti Esportatori (National Association of Nursery-Stock Exporters), where there also were the foreign companies invited by the Fair.

A stand where the plants and people were protagonists along with the new company image which states ″Questa è Pistoia, questa è Giorgio Tesi Group″ (This is Pistoia, this is Giorgio Tesi Group) dedicated to Pistoia, Italian Capital of Culture 2017, where the company has its headquarters, and wants to pay a tribute to the beautiful territory and deep, strong, and indissoluble bond that it has with it.

Interesting and productive were the meetings with the foreign buyers, in positive increase compared to 2016, and numerous spontaneous appointments during the first two days of the event dedicated exclusively to the operators of the sector. Not only historical clients, but also new potential ones visited Giorgio Tesi Group’s stand, an occasion to pick up the new company catalogue published in August.

″Giorgio Tesi Group has always supported FLORMART, confirming every year its participation in the event – said Fabrizio Tesi, legal representative of the company – the positive numbers of this edition reflect the trend of our sector that is finally noticing signs of recovery that make us look towards the future with optimism.″

At FLORMART Giorgio Tesi Group organised a space within the innovative project Giardino Italia, which redeveloped part of the fair district through the realisation of a permanent garden developed in collaboration with the University of Padova- Botanical Garden.