Pistoia’s Green Around the World 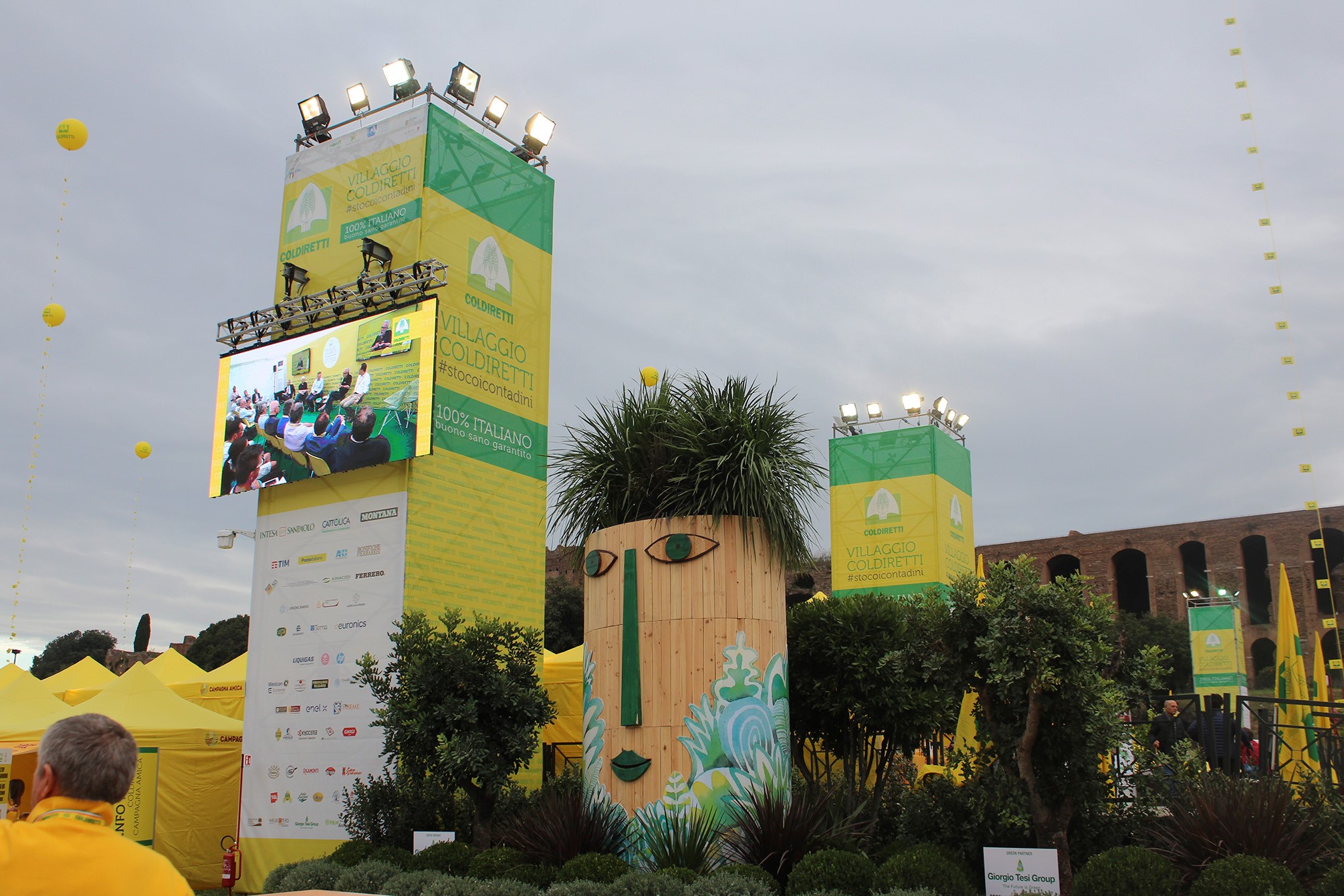 Pistoia and "its" greenery were star attractions from October 5 to 7 at the Villaggio Coldiretti set up at Rome’s Circus Maximus, where over a million people enjoyed the excellences of Made in Italy. Next to Italian gastronomic specialties, visitors could see over 800 varieties of plants typical of the Pistoia area, and then some. They were made available by Giorgio Tesi Group, which oversaw the Villaggio’s 80,000 square meters, giving ample visibility to the two important cultural projects being promoted this year: Il Giardino della Mente (The Garden of the Mind) and Cosimo Degli Alberi, both by the Pistoiese artist Michele Fabbricatore.

Four 4-meter high totems for the Garden of Mind were placed at the Circus Maximus, with two at the entrance to the village and two in the educational workshop area where a space was set up dedicated to Cosimo Degli Alberi, the title character of the first children’s book published by Giorgio Tesi Editrice. This modern tale is an invitation to contemplate the dialogue between nature and urban environments, with the aim of encouraging adults and children to think ecologically.

Fabrizio Tesi, legal representative of Giorgio Tesi Group and president of Coldiretti Pistoia, commented, “I am happy that we managed with this initiative to bring to Rome a bit of the green heart of our city and our district and, most of all, that Pistoia’s plants, an expression of our district’s uniqueness and its typical beauty recognized worldwide, were admired and enjoyed by the very large crowd visiting Villaggio Coldiretti.

In addition, on Friday, 5 October, Giorgio Tesi Editrice, together with the Cooperativa Pantagruel, held an educational workshop entitled "Cosimo degli Alberi and Garden of the Mind – Discovering a city with a green heart" for schools visiting the village. The objective was to raise awareness among children, and consequently their families, of making "greener" lifestyle choices.