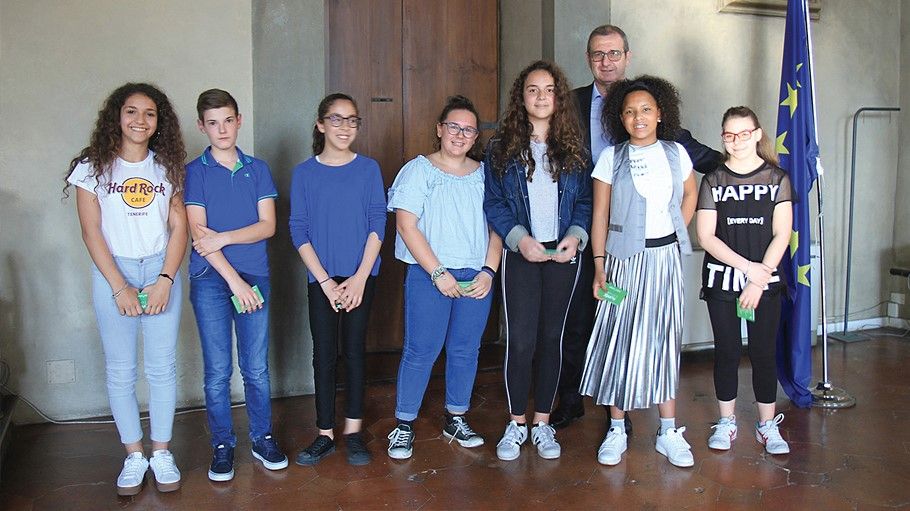 At 5 pm, on Friday, 11 May, the Sala Maggiore in Pistoia’s town hall hosted the awards ceremony for the Giorgio Tesi Junior Poetry Prize. It was attended by Town Council President, Mr. Emanuele Gelli. This year’s theme was "Looking at the Sky"

Now in its sixth year, the competition was launched by the non-profit Fondazione Giorgio Tesi to give children an opportunity to translate their thoughts and emotions prompted by the environment in which they live. It is reserved to students in the province of Pistoia from primary-school fifth classes and of middle-school first, second and third classes. As usual, scholarships of 200 euros and up were offered to the top ten in each category.

The jury was made up of Chiara Caselli, Anna Gemelli, Giuliano Livi, Anna Maria Niccolai, and Carlo Vezzosi, chairman of the steering committee for the non-profit Fondazione Giorgio Tesi. After a careful examination of the numerous works entered by the 525 participants from eight comprehensive schools in the Province of Pistoia, the jury declared the following students as the winners:

Fabrizio Tesi, president of the non-profit Fondazione Giorgio Tesi, was there to give the students their prizes. In addition to thanking the participants, the jury, and all those who made this competition possible, he wanted to highlight the extraordinary originality of the works presented by the children, emphasizing once again how much children have to offer in terms of creativity, especially if given the proper stimuli and left free to express themselves.