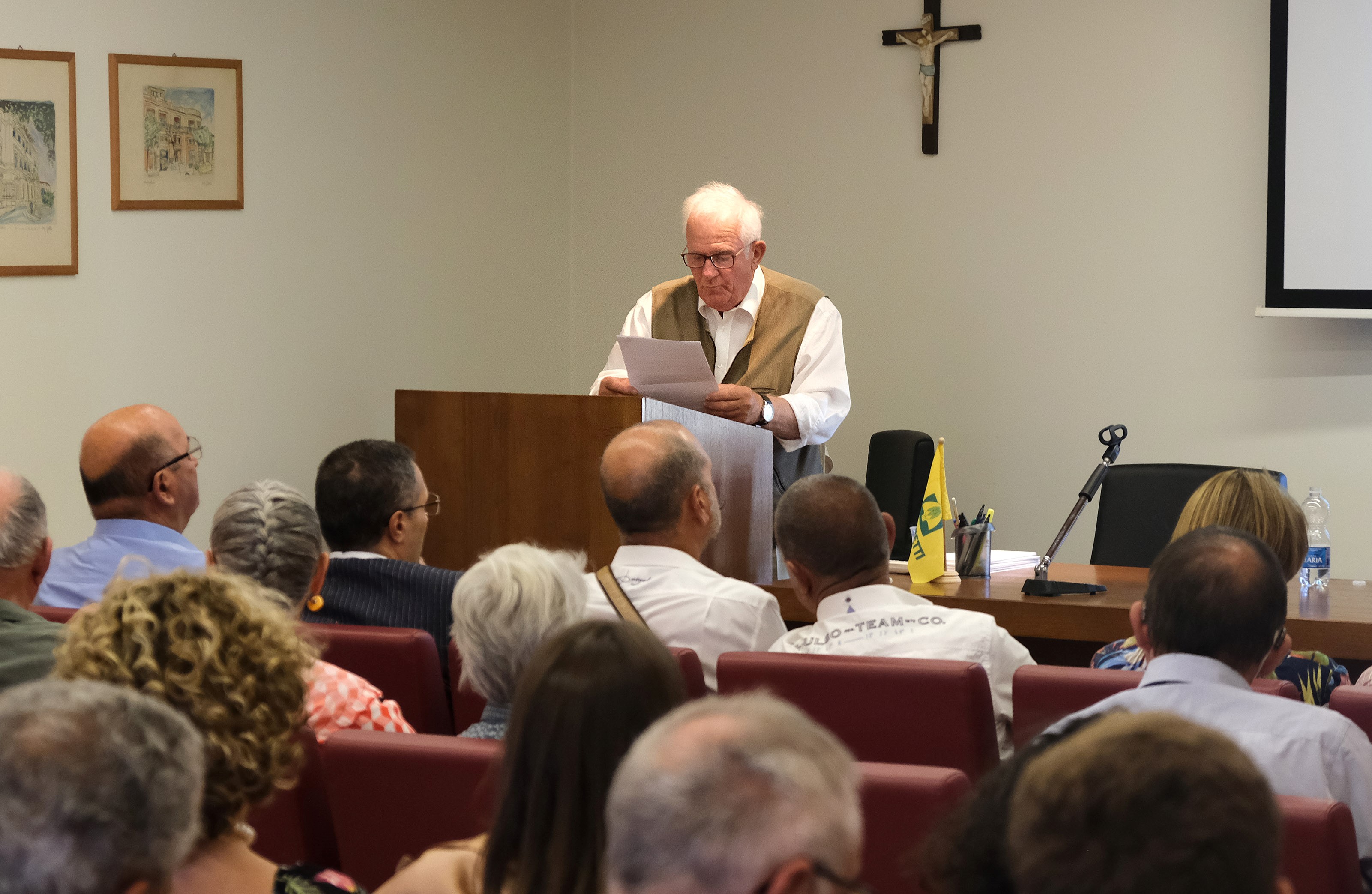 Gayraud’s new work was presented on Friday, 1 July, at the Giorgio Tesi Group’s headquarters. The landscape architect previously authored the 2013 publication “A Monograph on the Cornus Genus”, a bestseller with over 2,000 copies sold.

André Gayraud’s new book is dedicated to the Viburnum genus, defining it as truly special as one of its species or varieties may continue to bloom in the garden year-round, even with the winter’s snows.  Moreover, it offers both evergreen and deciduous shrubs with dazzling autumn colors.  It has a wide range of colorful fruits ranging from green, blue, pink, and red to purple and black, beautifying a garden from late summer to late winter.  Its spectacular flowering presents flat, ball- or panicle-shaped flowers.

Packed with photos and fascinating technical details, the new 208-page publication has been printed in four languages—Italian, French, English, and German—that describe the distinctive characteristics of the viburnum’s 342 taxa.  Moreover, it is the only book that has identified EVERY VIBURNUM SPECIES in international classifications, identified in the traditional Linnean classification and modern phylogenetics—a world-first not found in any other botany book.

In writing the book, André sought the advice of the distinguished Viburnum specialist and passionate botanist Vittorio Consonni.  Over the years, Consonni has collected and tested around 160 different Viburnum plants and selected about 90 mother plants between species and varieties; one of these, the Viburnum carlesii ‘Vittorio C.’ bears the author’s name.  In addition to Consonni was Pierre Leutaghi, the internationally renowned ethnobotanist, who supervised the book’s preparation, giving the work international scientific recognition and writing the preface.

This new publication from Giorgio Tesi Editrice was officially presented on Friday, 1 July, at the Giorgio Tesi Group headquarters in Pistoia, an event described by the author as “a grand party among friends”.  Firstly, Fabrizio Tesi retraced the most noteworthy moments in a friendship that has bound the Tesi family to André for over 35 years. Next were speeches by some Pistoiese friends: Tuci, Trinci, and Danilo Bonacchi. Vittorio Consonni and all the dignitaries invited for the occasion followed, praising Gayraud’s research work and prodding him to begin thinking of writing a third monograph.